In the early 1900s, Ballard was one of the most powerful and productive cities in Washington. They were known for being a work-hard-play-hard fishing and mill town, and legend has it that for every liquor license issued they required a new church be built. The local industry was prosperous, but unfortunately, Ballard didn’t have the resources to manage its inhabitants. Like many sea-side blue-collar towns with swiftly-burgeoning populations, Ballard had serious problems with the quality of their public water. 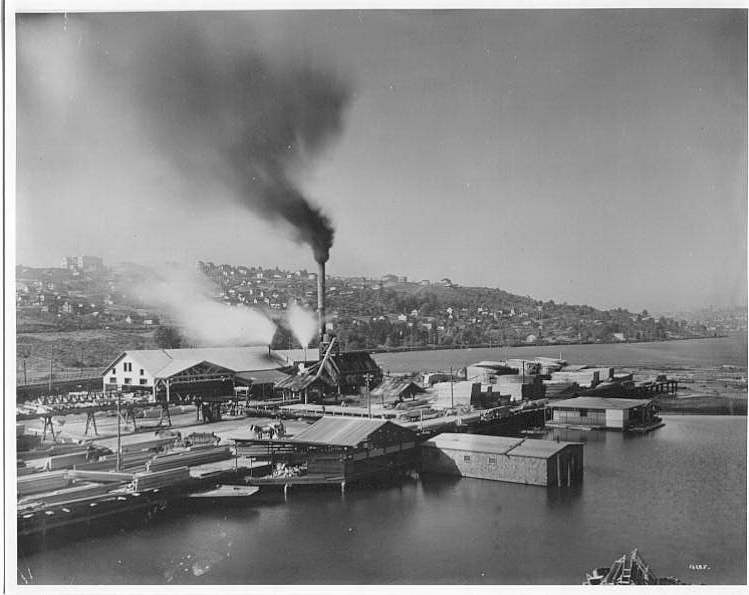 They had been buying water from Seattle, but in 1907 the Supreme Court ruled that Seattle was not required to share water with surrounding communities, and Seattle cut Ballard off. There was much speculation that Seattle was desperate to absorb the rival city Ballard. On October 28, 1906, the Seattle Times ran the rallying cry, “The Times wants every suburb skirting the boundaries of Seattle annexed before the next census in 1910…The Times will favor and aid financially any scheme that will bring these suburbs into the greater city. We say again that we do not care what the method may be to secure the annexation of these seven suburbs, but they must be annexed at any cost.” 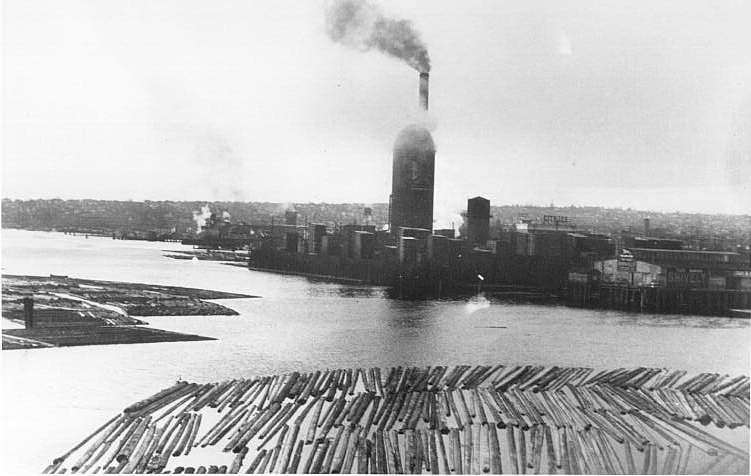 The dead horse that was found floating in the Ballard’s reservoir—and which was the nail in the coffin for Ballard’s public water supply—was rumored to have been planted by Seattle agents trying to force annexation. Further, the vote for annexation was held at a time when the fishermen were out at sea, supposedly because those left on shore were more likely to vote in favor of annexation because they would welcome Seattle’s stricter drinking laws. 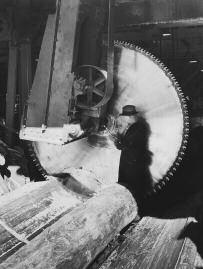 Historical speculations aside, Seattle got their way, and Ballard got their water. On May 29, 1907, Ballard officially became part of Seattle. Residents and businesses draped their buildings and City Hall in black crepe and flew the flags at half mast in mourning. People still have bumper stickers that say “Free Ballard!” to honor the memory of Ballard independence. 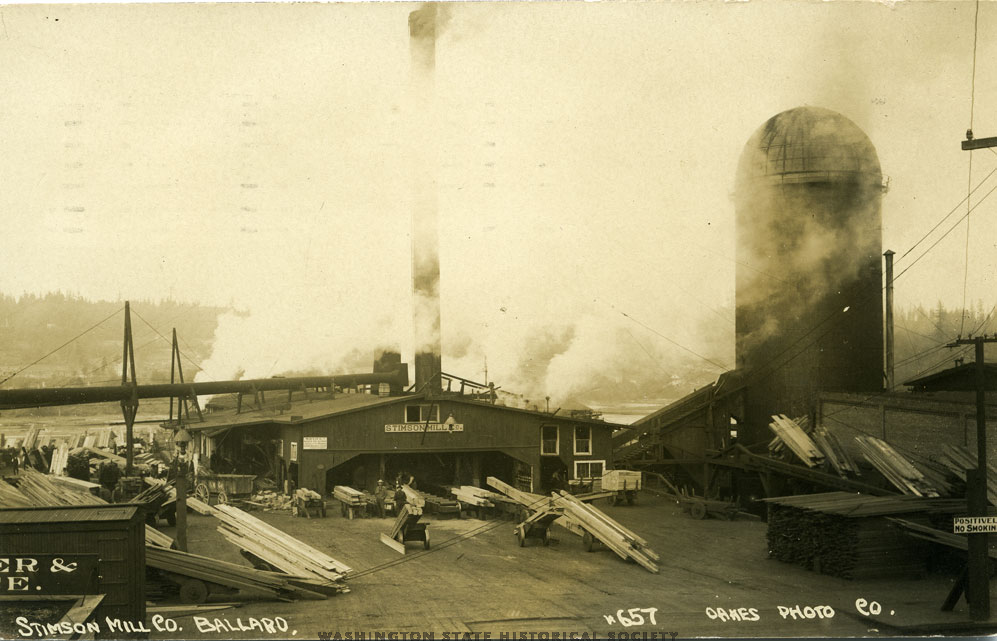 Here at Shingletown, we’re also trying to honor those memories. Ballard’s shingle-production industry is no more, and the Ballard mills are shut down, but the Ballard landscape still bears marks of its history. At Shingletown, we’re trying to combine Ballard’s new industry of shops, restaurants, and bars with the a respectful nostalgia for the past. You’ll find cedar panels, old saw blades, a reclaimed barn timber bar top, steel fixtures, and many old photographs in our pub and eatery, and the walls are lined with photographs from this all-but-forgotten past. We hope you’ll come by, raise a beer with us, and take a moment to wonder at the lives of all the men and women who walked down Market Street a hundred years ago. 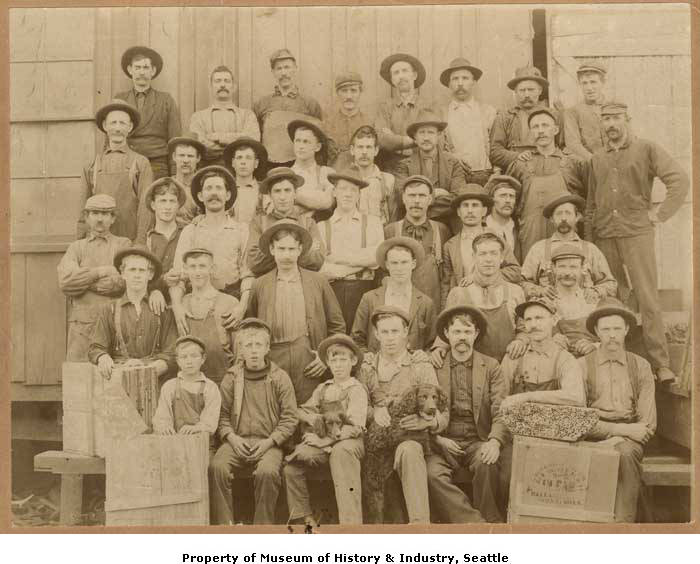